Centropa Audio Guide: Listen to the testimonies of the Jews, Holocaust survivors, from Chisinau, Balti, Orhei and Vadul lui Rașcov

Those who do not know their history risk repeating it. History must be learned, not only in order not to repeat it, but also to develop our own person, the society in which we are, and the places where we live, be they rural or urban localities. On this principle, the first Audio Guide on the history of the Jews, and survivors of the Holocaust, was created. The guide, which was coordinated by the Centropa team from Moldova in the Trans.History program, is based on real testimonies of Jews who witnessed the interwar period and lived in Chisinau, Balti, Orhei, and Vadul-Rascov.

Through this Guide, any listener can delve into the historical facts preserved in people's memories. The guide is dubbed by local theater actors such as Nicolae Darii, Maria Madan, Natalia Braguța, and Andrei Madan. It can be listening here in German, English, Russian, and Romanian. 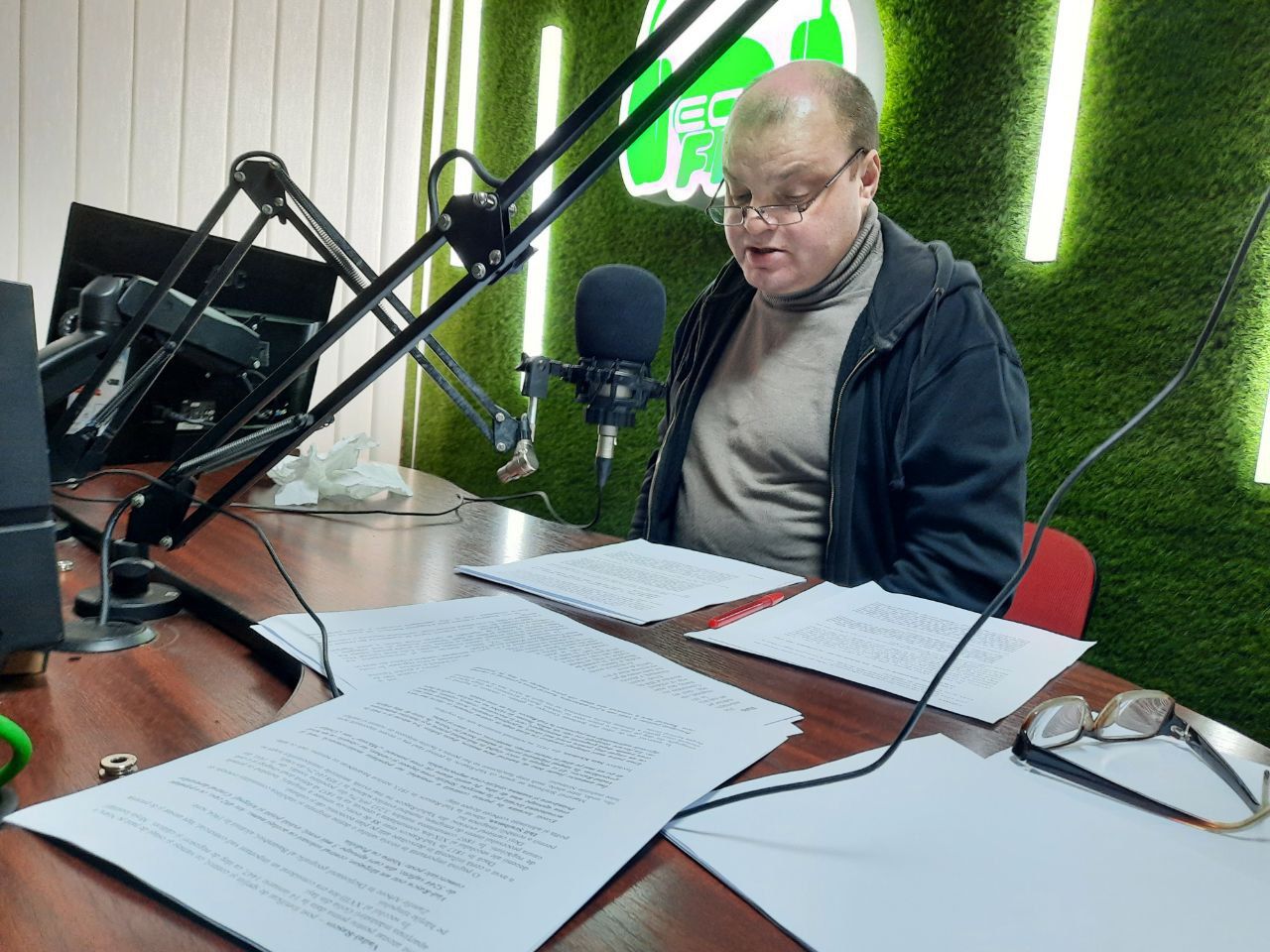 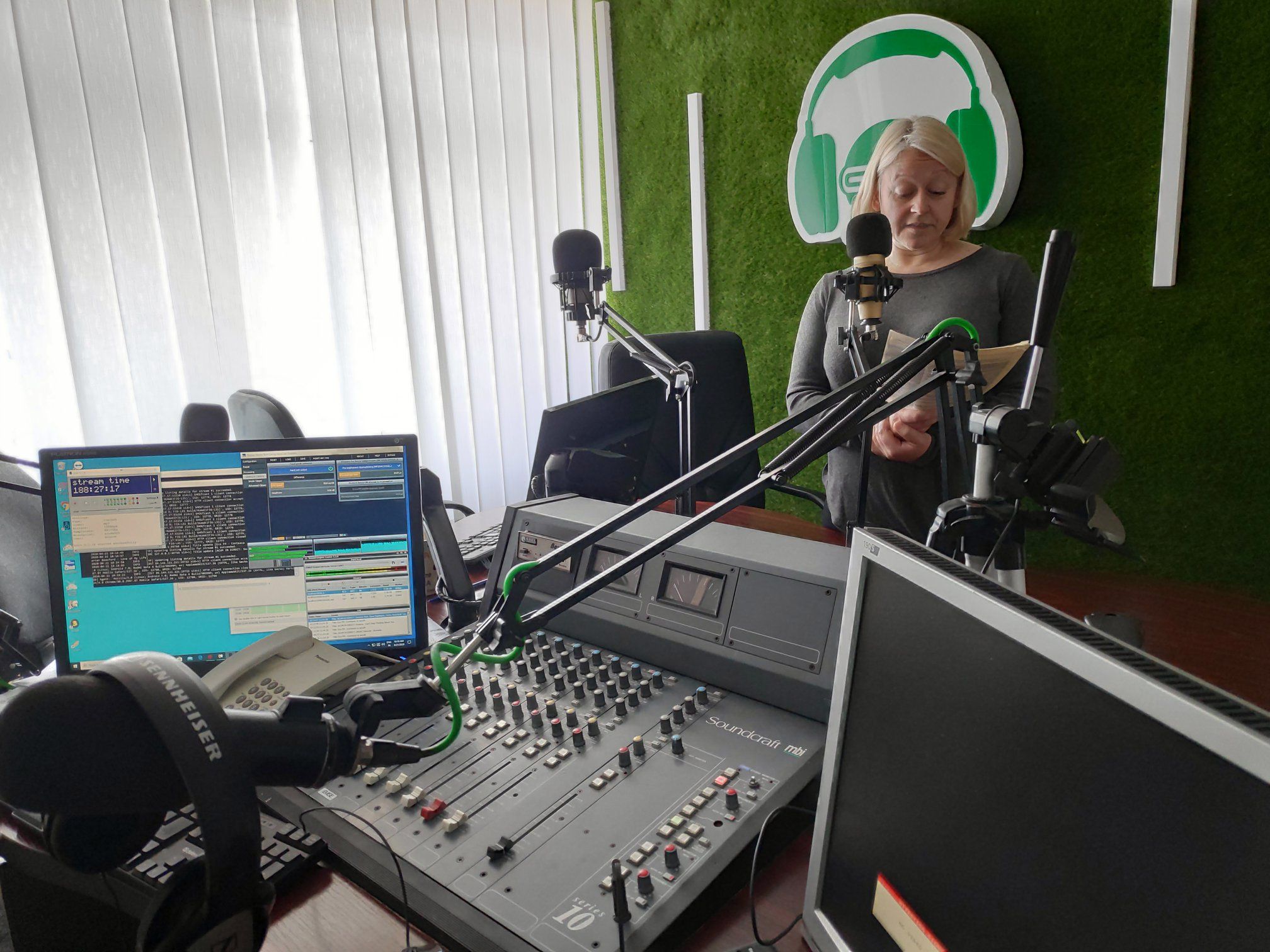 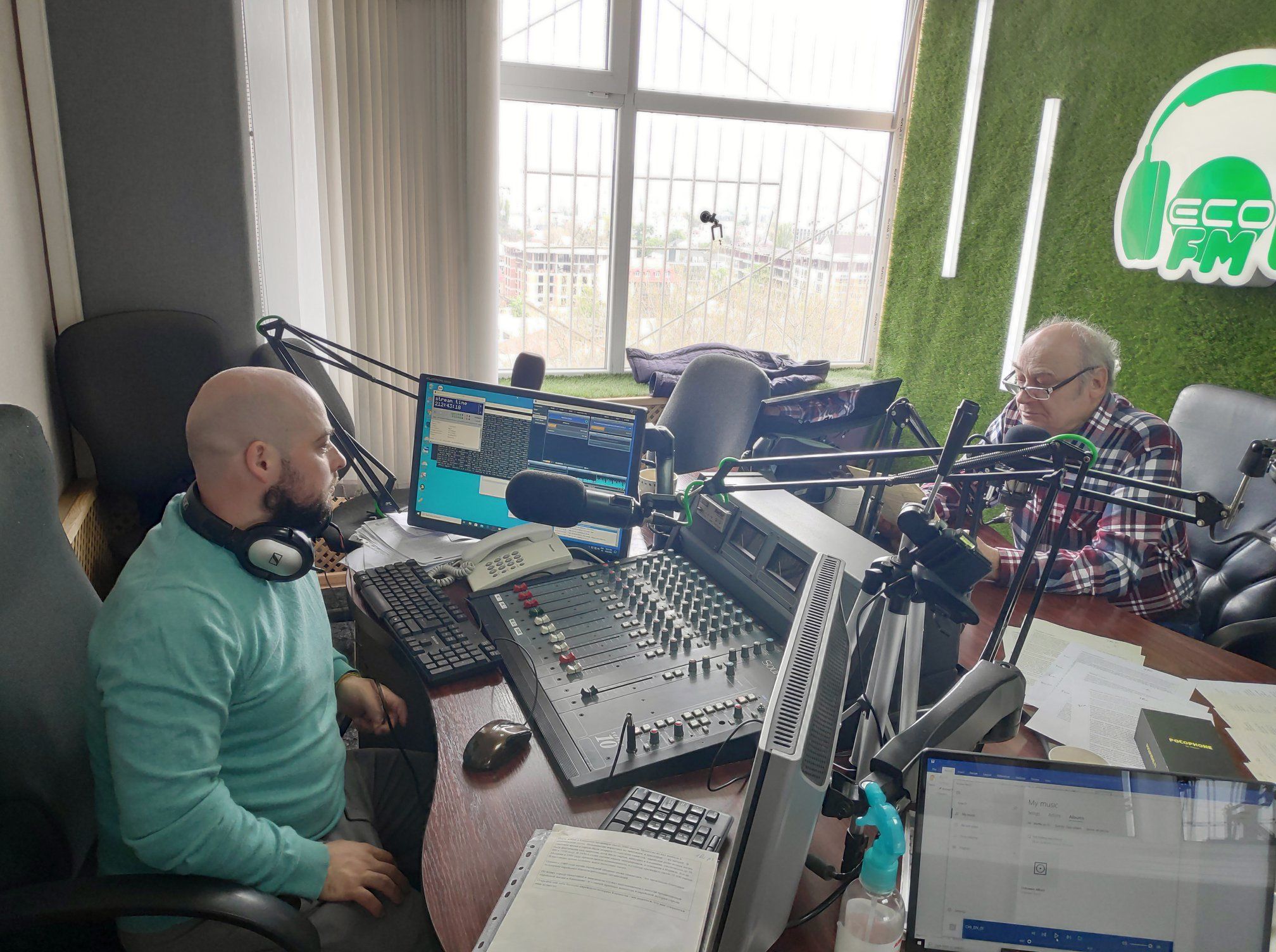 „The guide invites you to know, enjoy, relive and understand what was in the past in order to reflect, learn and change the present”, says Ion Ungureanu, coordinator of the TransHistory program in Moldova. 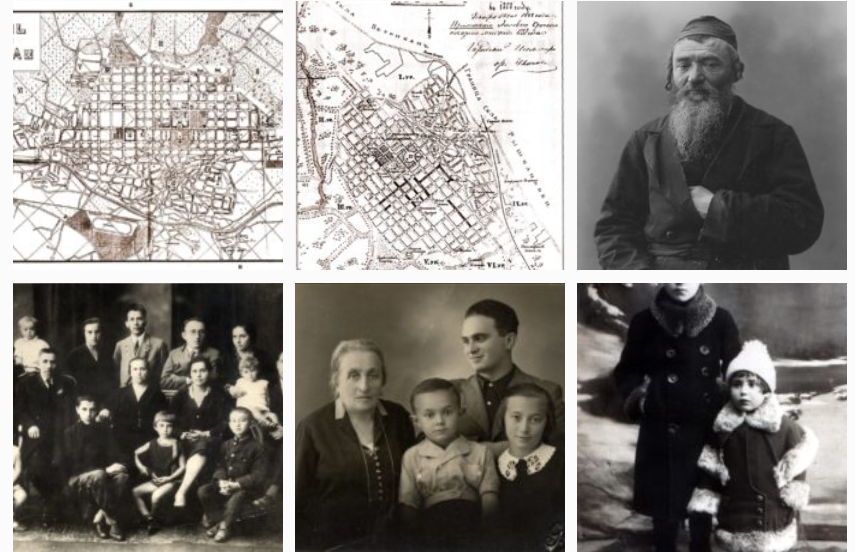 Below is a brief overview of the history behind each of the four Audio Guides.

CHISINAU - a vibrant city with a thriving Jewish community

In 1847, more than 10,000 Jews lived in Chisinau, representing about 12% of the total population. By 1897, when the city officially had about 100,000 inhabitants, the number of Jews had increased fivefold. Thus, at the end of the century, Jews were the largest ethnic group in Chisinau and were present in all areas of life, and the Jewish community played an important role in the culture, social and economic life of the city.

However, the anti-Jewish pogroms of 1903 and 1905 had far-reaching consequences for the lives of Jews in Chisinau and around the world. Pogroms took place in the Russian Empire as early as the 1880s, but the Chisinau Pogrom, which broke out in 1903 during Orthodox Easter and the Passover of the Jews, proved to be the bloodiest in the history of the Russian Empire. 49 Jews were killed, more than 600 wounded, and hundreds of houses and factories destroyed and burned. In 1905, anti-Jewish pogroms took place again in Bessarabia, and another 19 people were killed. The pogroms in Chisinau were a turning point in history, beyond Bessarabia.

After these pogroms, in 1918, when Chisinau sided with the Kingdom of Romania, much of the interwar period the life of the Jewish community flourished. David Vanșelboim was born in Chisinau in 1928 and is one of the 13 Jews in Chisinau who survived the Holocaust.

"When I was a child, Chisinau was a pretty big city. It was inhabited by Moldovans, Russians, Jews, Greeks, Armenians, Bulgarians, and Poles. I lived in a predominantly Jewish neighborhood in the center of town. There were over 60 synagogues and houses of prayer in Chisinau. In addition to religious institutions, there were Jewish schools for boys and girls, orphanages for orphans and children from poor families, nursing homes, a Jewish hospital, and a network developed by charities. Although I respected Jewish traditions and holidays, my father truly believed in science and education. He belonged to the progressive Jewish intelligentsia and worked as a pediatrician ", says David Vanșelboim.

Listen to the CHISINAU Audio Guide 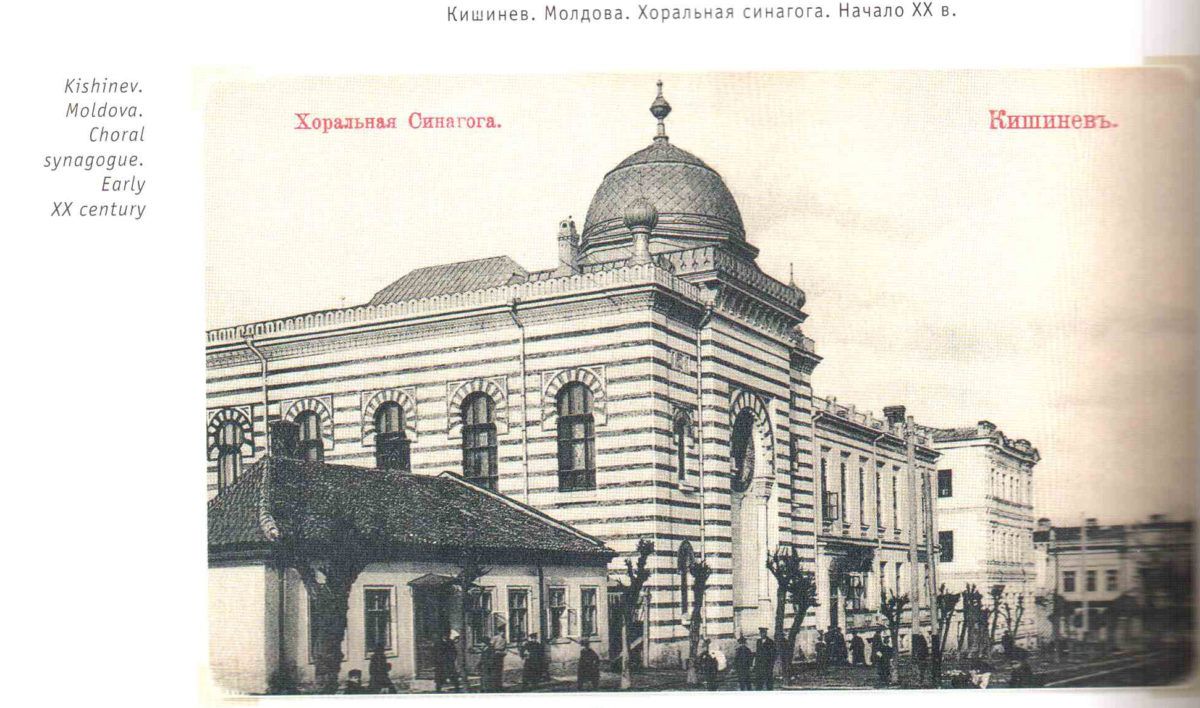 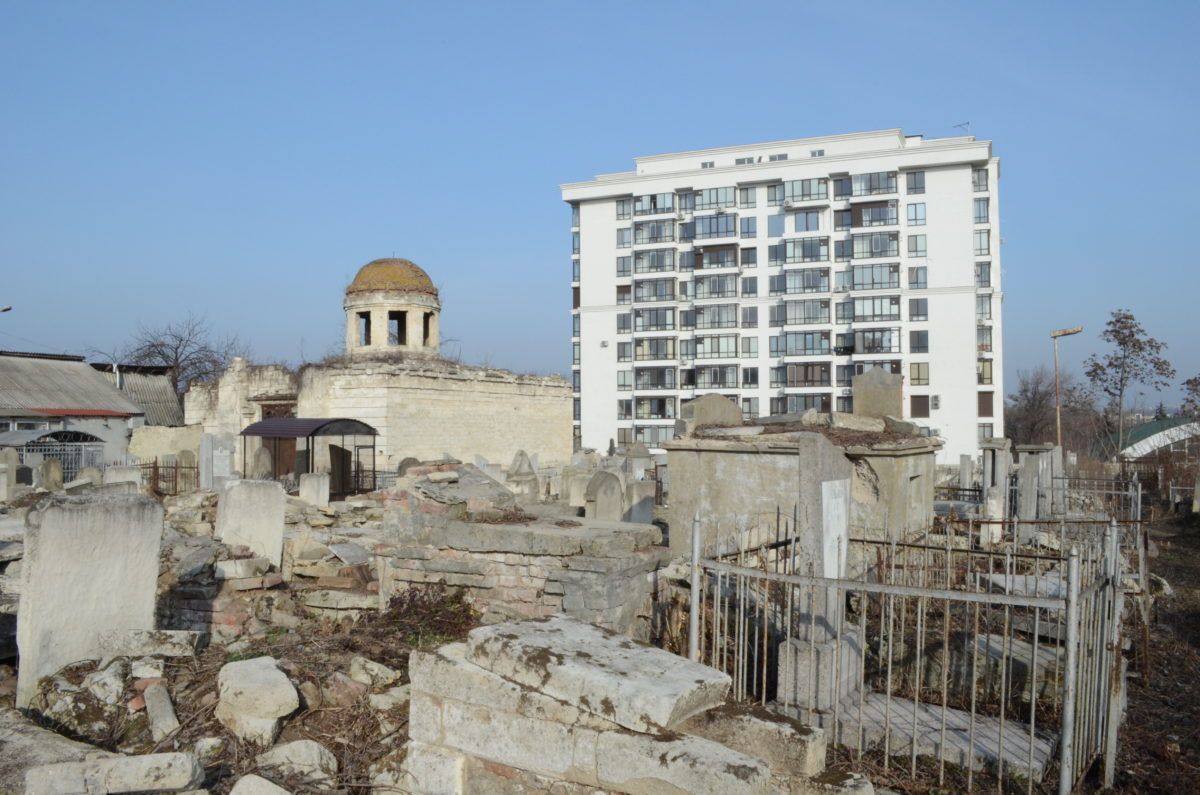 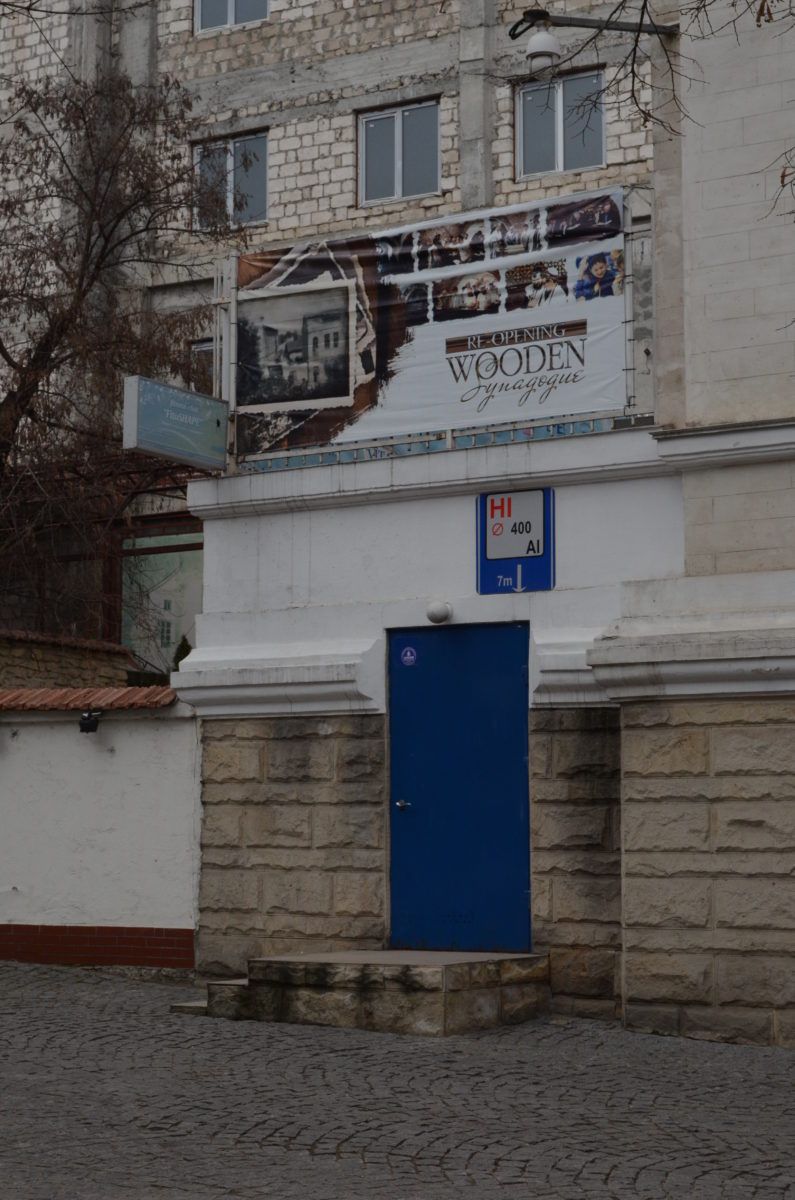 The town of Balti was created as a small settlement in 1766, and three years later, urged by the local authorities, the first Jewish merchants arrived. Their rights and obligations were established by agreement in 1782. Thus, the Jewish community was among the first founders of the city. The number of Jews in the city around the First World War was 14,000.

The city's Jews built mills and bakeries and set up workshops on food, alcohol, soap, candles, and cotton cloth. Balti was the largest center for the production of sunflower oil in Bessarabia, and Balti oil was exported even to Western Europe. The power plant in the city was also owned by a Jewish family.

During the interwar period, the city flourished and the financial situation of the Jewish population improved. The Jews developed the city's banking system and set up a savings and loan bank, turning the city of Balti into a strong center of trade and industry.

During World War II, both the community and the city itself suffered greatly. However, after the war, many of the survivors returned to the city, trying to revive Jewish life. However, in 1959, the only synagogue in the city was closed, and in 1962, Jews who continued to pray in a private home were barred from serving.

Here is what Zlata Tcaci, a remarkable musician, the first woman composer from Moldova, tells in her Balti Audio Guide about the childhood memories of her husband, Efim Tcaci, also a well-known musicologist and pedagogue:

"In this photo from 1928, Efim is 2 years old, he was born in 1926 in the family of Marc Tcaci and his wife Nehama. They both ran a successful family business selling furs. When the war broke out, the entire family, including Efim and his younger brother, fled Bălți on foot, but in Kryopil they were captured and placed in the ghetto there. They survived because they knew Romanian - Kryopil was part of the Transnistrian governorate and there was a Romanian administration in the ghetto. Efim's mother worked as a cook for a Romanian officer, my father also worked for someone from Romania. So they all managed to survive. After the war, Efim entered the Chisinau Conservatory, and his parents moved to Lviv, where he died at a venerable age in the 1970s."

In addition to the personal information of the interviewees, the Audio Guide brings you historical descriptions of the Synagogue, the Jewish Cemetery, and the Memorial to the Victims of the Holocaust in Balti.

Listen to the BALTI Audio Guide 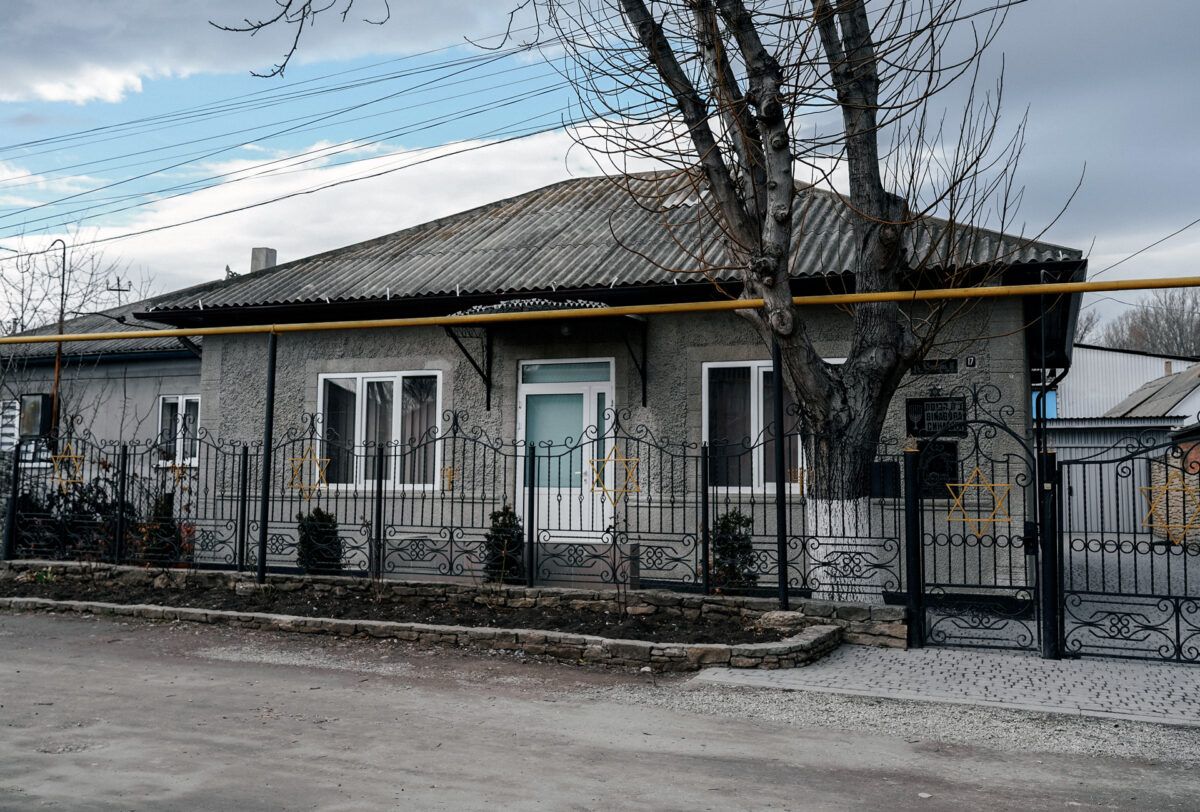 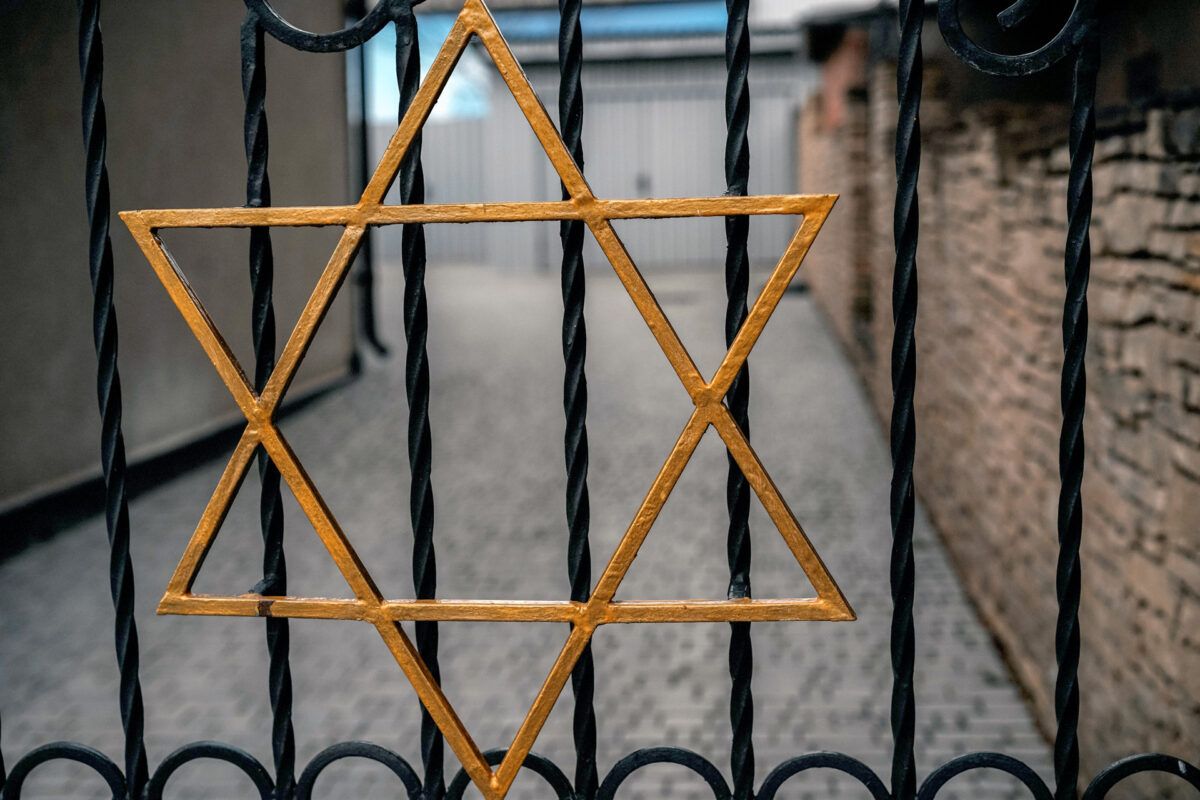 ORHEI - a city built and developed by the Jewish community

In Orhei, Jews lived on the streets of the city center. They built 6 synagogues, owned 6 pharmacies, a hotel, a photography workshop, 2 jewelry stores, and 57 shops, including all 12 food stores. In 1866, the first Jewish library and a Jewish school - Talműd Tόra - were opened, and in 1875 the Jewish Hospital was founded. At the same time, from 1884 in Orhei there was a private Jewish school.

Hana Mucinik, an accountant, born in Orhei in 1923, gives us more details about the Jewish inhabitants of the city.

”The long road, I would even call it Jewish, which led to the river, was populated by Jews. On it were a row of Jewish-owned shops. Tailor Fater had customers even in Chisinau, Nisenboim owned a confectionery, medicines and hygiene items were sold by Fiselev, the restaurant was owned by Broitman. There were also Sistik, Volovski, Golbinski: they were our neighbors. Most of the houses in Orhei were single-storey buildings: only Fischelev, a rich man, built two two-level houses: one for himself and one for his son.”

In addition to the personal information of the interviewees, the Guide gives you historical descriptions of the Synagogue, the Gymnasium and the Jewish High School in Orhei.

Listen to the ORHEI Audio Guide 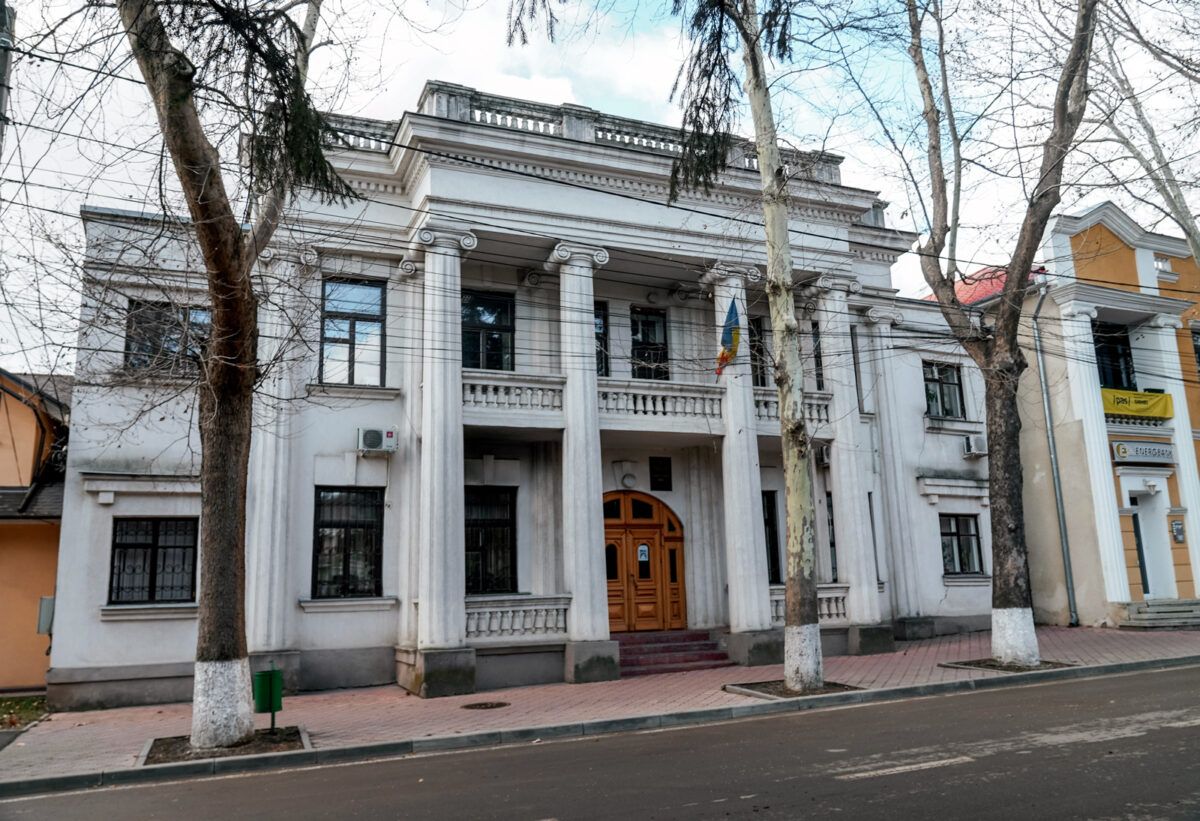 Vadul-Rascov: the center of commercial "business" across the Dniester with Ferry-Boat

Vadul-Rascov, a fortified support and control post, with customs officers and guards on the Dniester, was first attested on January 14, 1447, as a fair for merchants and travelers. The locality belonged to the Golia monastery from Iasi.

In the 18th century, it was considered an important commercial center, as evidenced by its presence on time maps. Zamfir Arbore in the Geographical Dictionary of Bessarabia, compiled in 1904, wrote:

“Vadul-Rascov is a small town, the center of the volost of the same name. It has 492 houses, with a population of 5,244 souls, of which almost 3,000 are Jews; there is mail and telegraph.”

In 1870, in Vadul-Rascov, there were 2 candle factories, 8 leather processing workshops, several mills, and a dairy. The Jews were engaged in trade, crafts, and agriculture. Most of the craftsmen were tailors, carpenters, and shoemakers.

As early as the end of the 19th century, a public library with over a thousand books in Yiddish, Hebrew, Romanian, and Russian was opened. The famous writer, born in Vadul-Rașcov in 1913, Ihil Șraibman comes with fond memories and nostalgia about the years spent in the reading room:

"It was a public library in Vadul-Rascov. I enjoyed reading in Yiddish, Romanian and Russian. The Romanians closed it at one point but later reopened it. I was about nine years old at the time. I remember that day well. Sitting on the stairs, I waited for the library to open. I was the first to come here to register. I went to the library almost every day to pick up books. In a few years, I read all the books in this library. I remember the librarian advising visitors who had trouble choosing a book: "Ask the boy there," and I recommend a book to read."

The Audio Guide recounts both the lives of the Jews and the important cultural centers in the locality, such as the library, the post office and the school in Vadul-Rascov.

Listen to the VADUL-RASCOV Audio Guide 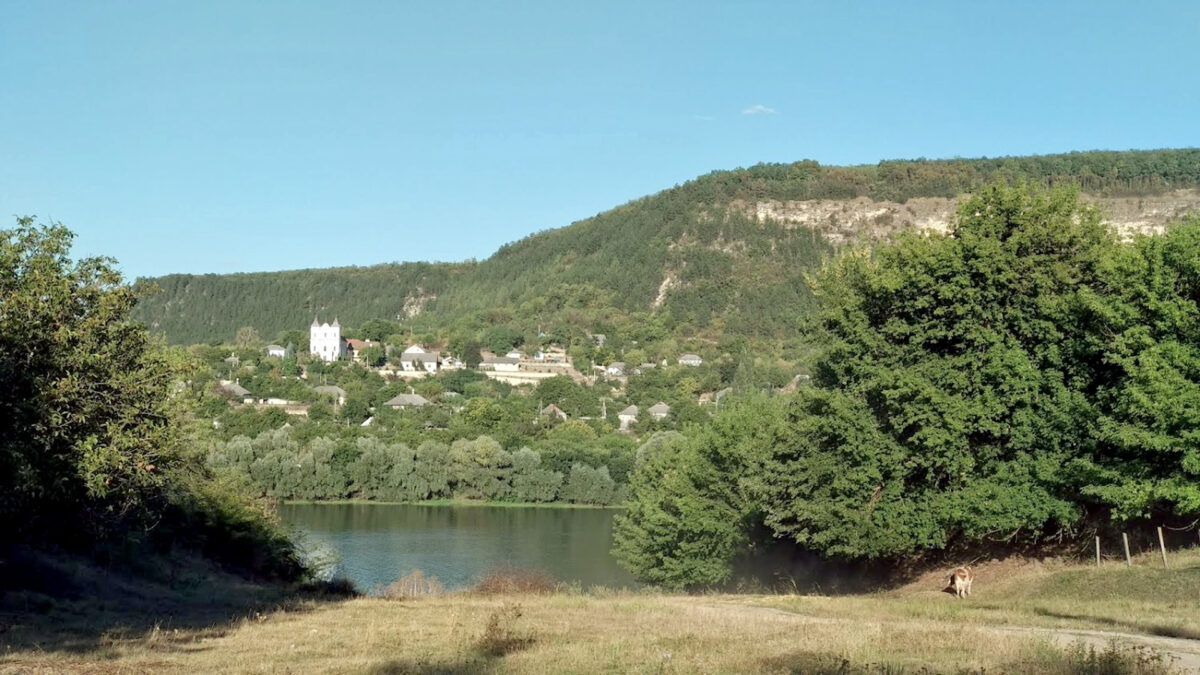 Besides the fact that these four Audio Guides were created for locals and tourists who want to know the history of the four localities through the eyes of the Jewish community, for those who want to discover monuments and historical places, walking on the streets and paths of Chisinau, Balti, Orhei, and Vadul-Rascov with headphones in their ears. Guides have become important tools for Holocaust history teachers in the country. In particular, because the teachers acted as local guides, with the support of whom the interviewed Jews were identified.

The "Audio Guide" is developed by Centropa, within the Trans.History Project, with the financial support of the Konrad Adenauer Moldova Foundation, the International Institute of Jewish History and Culture, and the non-governmental organization EcoVisio.